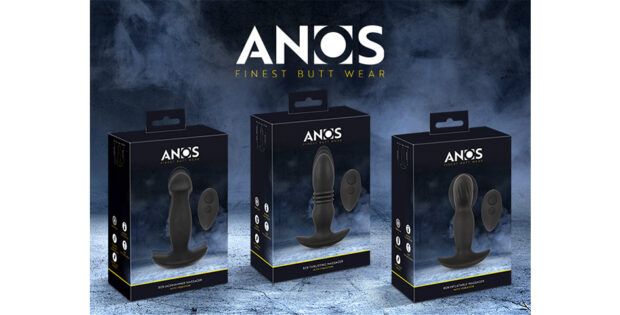 The plugs from ANOS are covered in a smooth, black soft touch texture and they also have a wide base which means that they are easy to guide and won’t slide in too far either. All the ANOS sex toys can be recharged with the included USB cable. The items are delivered in cardboard packaging with a description of the product in various languages on it as well. Plastic is not being used for the sake of the environment. The packaging can also be stood up or hung up with the hanger in the middle.