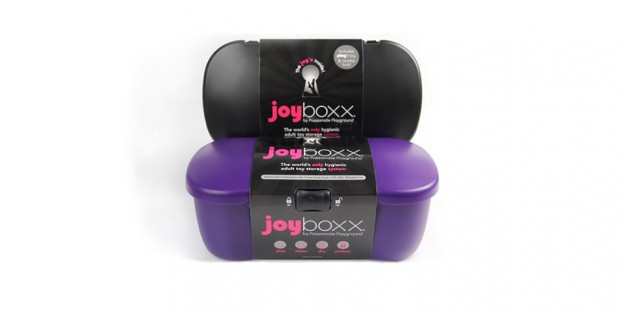 Passionate Playground announced Joyboxx version 1.5 by the company’s new award winning designer, Brian Conner. Brian has designed and directed in some of the best agencies in Europe and the US. Honing his skills at Ford Motor Company in his college career, he moved to Germany, where he designed rail vehicles for world markets and product branding for JBL and Native Instruments to name a few. Throughout his career Brian has won many IDEA, Gold, IF, and Red Dot Design Awards and has spent the last few years on the west coast designing and directing for some of the world’s most demanding clients.

Bringing his experience to Passionate Playground is a natural extension of Brian’s design ethos. “Design is about making the world better by intervening through objects. By promoting sexual health and responsible partying, the new Joyboxx line of products will have something for passions of all persuasions.” In his spare time, Brian is also a talented and passionate guitar player. “We are both lucky and thrilled to have Brian on board our team! Our design meetings are fun and sometimes include a music jam session,” said Joyboxx inventor and Passionate Playground Founder, Deborah Semer.

The Joyboxx improvements were based on customer feedback and do not affect the appearance of the patent-pending hygienic sex toy storage system. The first Joyboxx improvement strengthens the top lid’s “easy-access” compartment that was designed to hold batteries, condoms, cords and other small items.

The second improvement is to the Playtray’s end ribs, which have been extended slightly so smaller sex toys won’t slip as off during transport and larger sex toys will
benefit from even greater air flow during drying.

The third improvement is the sleek black packaging that features a larger keyhole and Joyboxx logo in a design that really pops from the retail shelf.