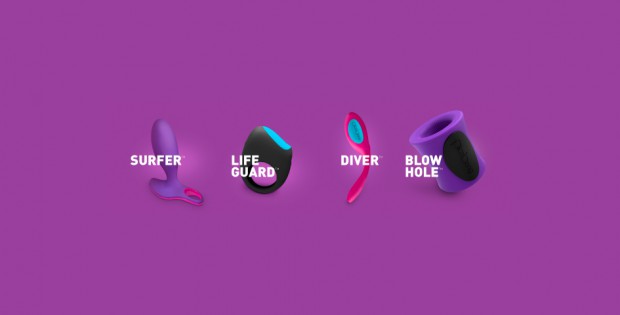 PicoBong’s Indiegogo campaign for their first-of-its-kind remote control app―which controls four brand new sex toys―has raised five times its crowdfunding goal and now the beta version of the app is already in development. For their first foray into crowdfunding, PicoBong wanted to demonstrate customer demand as well as refine the final product with customer feedback, plus share the benefit of the pre-launch buzz with their retail partners.

They revealed four new rechargeable sex toys―DIVER Egg Vibe, SURFER Plug Vibe, LIFEGUARD Ring Vibe, and BLOWHOLE M-Cup―which will all be remotely controlled by an exciting new take on the sex toy remote control: the REMOJI app. To celebrate the success of the Indiegogo campaign, LELO partners will be offered exclusive discounts for the duration of the Indiegogo campaign, which will end on April 22nd. Retailers interested in stocking REMOJI can visit the LELO Online Retailer System, or contact sale@lelo.com directly.

With the vision of being more than a simple remote, the REMOJI app uses an eponymous animated figure that responds to taps and swipes to control the speed of vibrations, all while dancing to different music styles that inspired the vibrations of the toys.

Steve Thomson, Chief Marketing Officer of PicoBong, the creators behind REMOJI says: “We want to revolutionize sex lives by making phones part of foreplay and not a distraction from it. REMOJI certainly brings a whole new meaning to the phrase ‘vertical expression of horizontal desire.’ Just imagine using this app, paired up with a sex toy, out in public at a restaurant or club. You can be playing with the app and no one will realize you’re actually controlling a sex toy; they will all think you’re just playing a game.”

Having well surpassed their initial funding goal of $10,000 on Indiegogo, PicoBong is already busily developing the final version of the app to capitalize on the customer enthusiasm with an official launch slated for May.