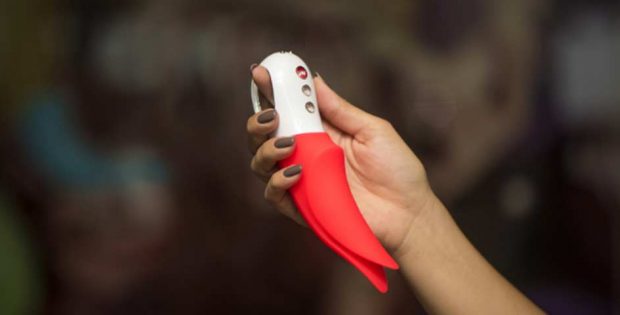 This new form of vibration arouses the vulva with unexpected stimuli. For example, a woman can rest the tips of the toy in such a way that they dance around the clitoris simultaneously from above and below.

Named after an old European couple dance, which was considered lewd in the 16th and 17th centuries,  VOLTA stimulates not only the clitoris and labia, but also brings satisfaction to the inside of the vagina through vibrations. The toy can also be used to stimulate the nipples or penis of a partner using the vibrating tip.

Tags:Toys, Vibrators
Back to Front Page