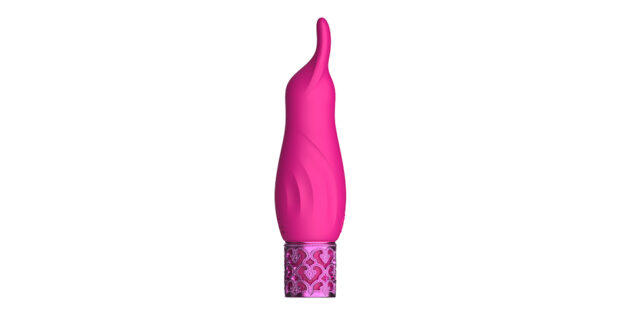 But the biggest plus if this bullet vibrator is probably not the exterior, but what’s inside. Because all Royal Gems are rechargeable! The motor is powerful with ten speeds and goes a long way. But even the best motors need some recharging. With this one, you don’t need a whole supply of batteries, just put in your socket, and you’re ready to go again! This adds up to the wealthy look and feel. Hence the name Royal Gems: a regal look that will definitely bring you a royal climax. Nevertheless, you don’t need to be a wealthy heir to buy these bullet vibrators. All Royal Gems have affordable prices!