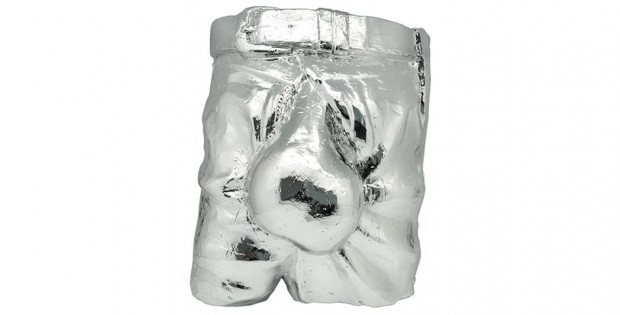 Adult toy entrepreneur Brian Sloan is known online for crowdfunding the Autoblow 2, Slaphappy & 3Fap to the tune of $400,000, but this holiday season he’s offering shoppers a product meant not to spice up the bedroom, but instead a product he promises will liven up any room anywhere. Wall Balls is his new piece of home décor made from the 3d scanned scrotum of the third place winner (Big Ben) of the 2015 World’s Most Beautiful Balls Contest. This Infomercial explains the product’s finer points.

The 2015 Balls Contest, like the Vagina Contest that came before it, received online media attention around the world including on Huffingtonpost, Complex, Maxim, Mic, Cosmopolitan, and dozens of other websites. In the contest, hundreds of men uploaded photos of their scrotums, which were rated online on a scale of 1-10 stars by hundreds of thousands of people around the world. The third place winner travelled to a 3d scanning facility which awkwardly performed a scan of his scrotum, using a $30,000 piece of equipment that captured it in perfect detail, down to .01mm.

Wall Balls is a life-sized electroplated fiberglass replica sculpture of Big Ben’s scrotum hanging out of the fly of his jeans. The sculpture measures 12 inches tall by 8 inches wide by 5.5 inches in depth. The rear of the sculpture is flat for easy wall mounting. Sloan’s Indiegogo pitch explains that the product is meant for people “who are awesome or who want to be awesome” and at the same time want to celebrate the scrotum’s role in holding, cushioning and protecting the testicles.

Sloan stated, “The thing that really inspired me to create Wall Balls as a piece of home décor is the story behind it. Ben, a 58 year old man in Cleveland might never have been a champion before but he had the gall to submit a photo of his scrotum to a contest on the Internet and he emerged a winner. Ben lived his life unaware that his scrotum was the third most attractive scrotum in the entire world. This product stands as a reminder to all of us that we have undiscovered potential and by placing Wall Balls in our homes it will serve to inspire and remind us that almost every one of us, is in some way, great”