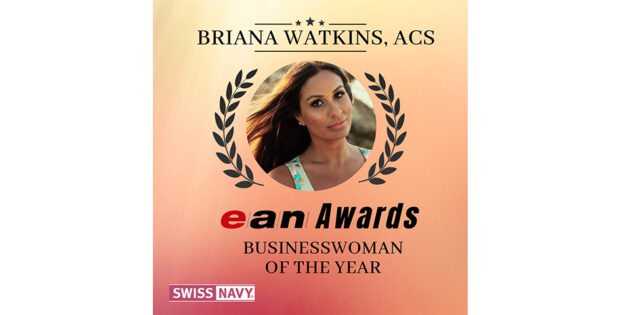 “I am so honored by this award,” said Watkins. “I know there is an extraordinary group of businesswomen in our industry and I’m thankful for being recognized with this EAN Award.”

M.D. Science Lab is the maker of the iconic Swiss Navy brand and Watkins has headed up their team for several years now.

“Being able to be a part of such an amazing team has been incredibly fulfilling and I would like to thank our CEO, Ralph Albrecht, for trusting me to bring my vision to life,” said Watkins. “And I would also like to thank each member of our Swiss Navy family—without them, achieving Businesswoman of Year would not have been possible.”’

Tags:Award, eroFame
Back to Front Page