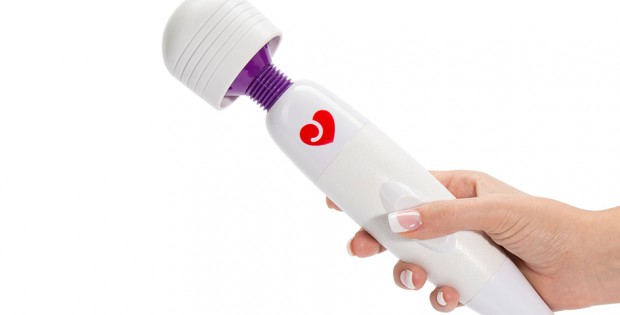 Lovehoney is celebrating after publishing its 150,000th customer sex toy review. The UK online adult retailer has built up one of the world’s biggest database of sex product reviews. The 150,000th review was was written by a forum member who writes under the name FunLady. She is a 45-year-old grandmother who loves trying new sex toys with her husband and gave Lovehoney’s Deluxe Magic Wand a five-star rating, saying it ‘really is magic.’

She wrote: “I knew from the minute I felt the weight of the wand and its smooth exterior that it was going to be good. This is without a doubt currently my most favourite toy.” FunLady, who wins 50,000 customer loyalty points allowing her to buy £100 of free Lovehoney product, has started experimenting with new toys after being left home alone with her hubby after their three children grew up and left home.

Lovehoney collaborated with journalist Jon Millward, who specialises in data analysis around sex trends, to compile some stats to mark the 150,000th review:

Lovehoney draws on the experiences of 166,000 community members who share their honest views of toys on its website. Top reviews are selected each month to win points which can be spent on-site. Lovehoney features almost 3,000 new reviews each month – 66% of which are written by women.

Lovehoney co-owner Richard Longhurst said: “We are very proud of having compiled the world’s biggest database of sex toy reviews. The bottom line is, if a product has a low rating, we won’t sell it. In this industry, customers like to know that someone else has tried a toy and, most importantly, liked it. What is great at Lovehoney is that we have 166,000 reviewers who love sharing their views on our products – that is enough people to fill Wembley Stadium twice. That is a huge community of couples and single people whose sex lives have been transformed by the use of toys, bondage items and lingerie and want to share their experiences with other fans. They soon tell us when a toy isn’t up to scratch, in which case we act quickly to remove it. Equally, they are super-quick to pick up on a new toy which can revolutionise the whole market and become a bestseller off the back of positive reviews. It is the best type of product feedback anyone could have.”

Tags:Lovehoney
Back to Front Page