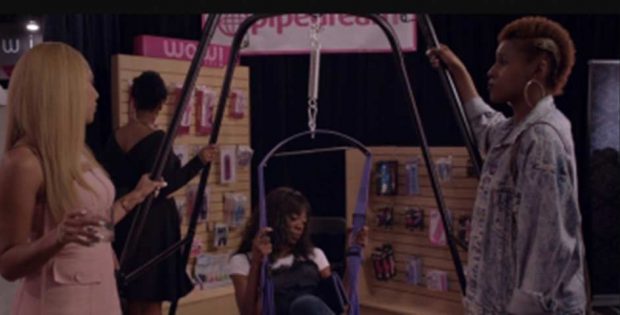 Pipedream Products was showcased in a recent episode of HBO’s new comedy, Insecure. One of HBO’s newer shows, Insecure has already received critical acclaim for its portrayal of contemporary African-American women and their experiences in everyday life.

“We love seeing Pipedream on the big screen and especially on a premiere network and top show like HBO’s Insecure,” said Nick Orlandino, Chairman and CEO of Pipedream Products. “This year we’ve appeared on Playboy TV, Bravo, TLC, MTV, Viceland, VH1, Showtime, HBO, and countless other feature films. It’s always rewarding to see our products on the hit shows and movies we all love!”