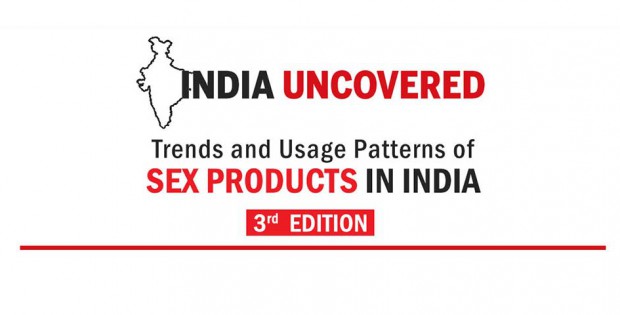 The reports tip Western India as the most sexually liberated geography, accounting for 31% sales. North India isn’t far behind at 29%, having reported the greatest sales growth during the 52 months of research period. Mumbai leads the charts when it comes to city sales but Delhi is not far behind. It ranks second overall but given how extroverted the city is, Delhi, when clubbed with adjoining NCR, takes the top spot. February sees the most innovative orgasms of the year, with the monthly sales being almost 2.3 times the monthly average. Yes, it can be credited to the Valentine’s Day hormones, but the sales see a premature ejaculation in just the month after, in March, when the lowest sales of the year is recorded.

The online portal, ThatsPersonal.com, was launched in 2013 to provide Indians with the opportunity to buy sexual health and wellness adult products legally, from the comfort of their bedroom, with the commitment of discreet delivery. “It’s been a great journey so far with interesting learnings coming from our data mining and analytics, which we thought would be fun to share with our fellow Indians. We find the market rapidly growing as couples have shed their inhibitions and are open to experiment and try out new products.” says Mr. Samir Saraiya, the CEO of ThatsPersonal.com.

The report also highlights a stark difference in the shopping trends of men and women. 62% of the customers are male, and lubricants seem to be a hit buy among them. Females spend more on intimate massagers. Surfing habits have been found to be dependent on gender, too. Males tend to have more page views, while females like their basket size big.

Baroda, Pune and Thiruvananthapuram are the three cities that boast of more female buyers than male. Come to the age groups and the 45+ section has the largest percentage of women. While people aged 25-34 are the most loyal customers – constituted by maximum repeat users who account for the highest transactions – the younger generation between 18 and 24 take the pie, opting for self-pickup of their orders and accounting for the highest social media engagement.

ThatsPersonal has published an info-graphic, summing up all their findings, as well as a video on youtube.

Tags:India, Survey
Back to Front Page