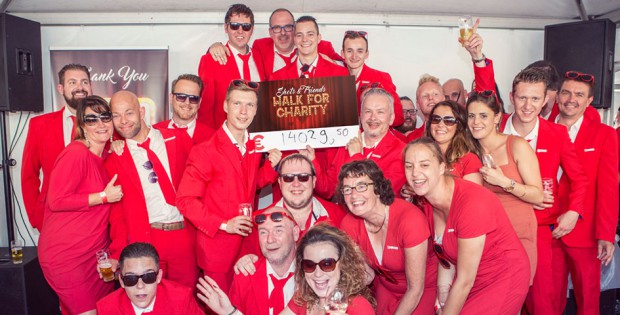 Every year the Shots Party gets organized as the closure event of the Sales Week. At this time retailers and manufacturers come together for a party situated at the finish line of the “Nijmegen Four Day Marches”. As usual Shots raised money for charity during this event, but this year it goes slightly different. Instead of donating all the money to one single charity, Shots established the Shots Charity Foundation with the idea to support various little and less known charities without big overheads and solely working with volunteers.

This year Shots, the Shots Party sponsors and the Party attendees have raised an amount of € 14.029,40, which will be divided between three charities. The first charity of choice which receives one third of the donations is called “De Liedjesfabriek” (The Song factory). It gives sick children a positive distraction through music and song writing. Apart from working in hospitals, “De Liedjesfabriek” wants to go and visit children who are being taken care of at home.

To accomplish this they need a bus which will be converted into a mobile recording studio. With this bus they can take the children to their own school or club while writing and recording their own song during the trip. The other two charities are still undisclosed.