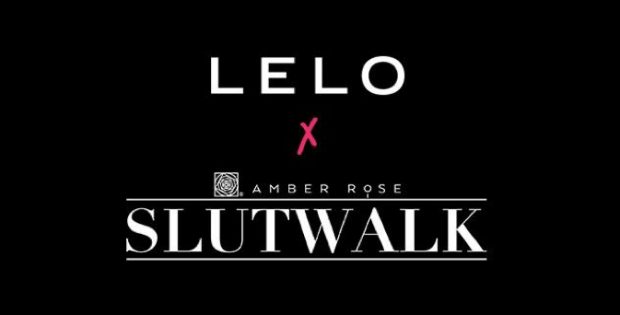 LELO has announced that it had stepped up as a supporter of the Amber Rose Slutwalk in Los Angeles this year. LELO has long embodied the same values that made Slutwalk resonate across the world. Held at 11am-5pm on October 1 2017, Slutwalk is a cultural non-profit event, celebrating sexual expression and independence, as well as promoting a positive image of multicultural diversity and gender equality – among much else.

Now in its third year, the Amber Rose Slutwalk attracts over 11,000 people to the event, while millions more participate online and across the world. The event embodies a new generation of sexual understanding and dialogue by confronting double standards and challenging preconceptions. LELO’s presence at the event includes complete sponsorship, as well as free giveaways and support for getting the word out. LELO balloons with positive messages will be available, and LELO and Amber Rose have been conducting competitions on social media to generate even more support. The competition can be found at Slutwalk’s Instagram account, @slutwalk_la.

LELO CMO, Steve Thomson, said: “For 15 years, LELO has been fighting the good fight for free and positive sexual expression. It’s more important now than ever before, which makes it the perfect time to lend our complete support to the Amber Rose Slutwalk. Everyone at LELO is incredibly excited to be involved – after all, the fight for gender and sexual equality is the one that will define our generation. There’s no bigger battle to pick, and we’re proud to be right on the front line.”

Alongside that activity, LELO is also supporting the artist Maggie West. LELO is sponsoring West’s art installation is a celebration of female sexuality and a tribute to sexual independence.

Tags:Event, Sponsoring
Back to Front Page