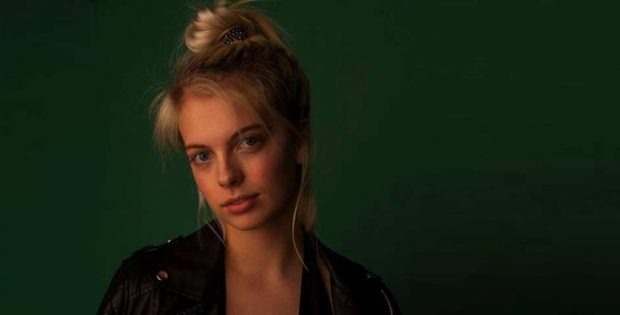 Roughly speaking, the concept of Women of Sex Tech could be summarised as: by women, for women. This community was started two years ago in New York, with the goal of supporting female entrepreneurs in the realm of adult products and sex tech. Today, the group has more than 80 members, among them Nina Haines, Community Manager at unboundbox.com, who also takes care of the Women of Sex Tech homepage. In our EAN interview, Nina tells us more about the community and its work.

Women of Sex Tech is a community of female founders within the adult industry. How did this idea come to life? How long have you been active in this form?
Nina Haines: The Women of Sex Tech community was founded in 2015 by Lidia Bonilla, CEO of House of Plume, and Polly Rodriguez, CEO of Unbound. The community was founded because being a female founder of a sex tech company poses challenges in receiving funding, opening up bank accounts, putting out ads, and overall simply facing the stigma of female sexuality. The group quickly turned into a movement that seeks to transform the sex tech industry itself and how society views our industry.

If you had to sum up the goal of the community in one sentence, what would it be?
The Women of Sex Tech community strives to destigmatise female sexuality by leading innovative, sex positive companies that are by women, for women, and that challenge the male dominated sex tech industry.

Why is a network for female entrepreneurs in this industry necessary?
It’s important to see and recognise that other women in your industry are facing similar challenges to you. Not only does this provide a sense of comfort and community, it also creates a network of resources to face those challenges together. It’s much easier to address these sexist, societal stigmas as a collective network than it is on your own – there is power in numbers.

“It’s much easier to address these sexist, societal stigmas as a collective network than it is on your own – there is power in numbers.”

Could you give us an overview of the activities of the community?
On the Events page of our website, you can see that our members host many events, mostly in New York, for women in regard to their sexuality. These events largely consist of panels that, for example, can discuss the history of sex tech, what it means to be a female entrepreneur in the industry, America’s negative relationship with sex, as well as how sex is policed in society and how that affects our business.

One of your goals is to give women in sex tech easier access to funding. Could you explain the problems facing female entrepreneurs in this regard? And is that a global problem?
A lot of the time, investors don’t see our work as legitimate or worthwhile. They don’t know that sex tech is a $60 billion industry, that female sexuality is worth investing in. Also, a lot of our members have dealt with sexism and discrimination at venture capitalist firms and with investors around the world – the stigma against female sexuality has no borders. Our sex toy company executives have been asked to demonstrate the products and been called indecent, often they’re seen as “little girls” with a “harebrained idea” that will “never generate profit.” This isn’t true. These women are the smartest, most determined, most powerful women I have encountered in my entire life and they inspire me any day. If anyone can change the landscape of the sex tech industry and change the lives of the people who interact with it, it’s these women.

Another important objective for Women of Sex Tech is to reduce the stigma surrounding female sexuality. Where do you see the biggest challenges in this regard?
Frankly, starting the conversation with those who are most uncomfortable talking about sex! We all do it, that’s how we all exist, it is such a natural part of human existence, yet so many people see it as a taboo topic of conversation. There is also such a lack of sex education in this country that greatly adds to the challenge, and when that sex education is present, it usually doesn’t address the female orgasm, masturbation, sexuality and homosexual sex, gender identity, or consent, which are all so important to discuss at that high school age. American Puritan morality has a vendetta against talking openly about sex – it is historically seen as sinful, “guilty until proven innocent” as feminist historian Gayle Rubin would say. The first step is collectively realising that having sex and talking about it is normal, productive, and healthy.

Apart from being a woman, are there any requirements for joining your list?
You must work in sex tech and consistently work to destigmatise female sexuality! Anyone interested in joining our movement can apply on the website.

How would you define “Sex Tech” and how important are technological aspects for your community?
One of our members, Cindy Gallop, defines sex tech as technology “designed to enhance, innovate and disrupt in every area of human sexuality and human sexual experience.” It is an overarching term meant to describe an industry that creates products or provides services that relate to sexuality. What distinguishes the Women of Sex Tech from this larger industry is that we do this through a feminist lense and our own female perspectives. Who better to provide these products and services that are intended for women than other women? While technology is an important part of modern female sexuality, the community’s members do not have to all be tech savvy or engineers. Sex tech can also mean using social media, podcasts, or e-commerce, for example, to promote your message.

The main target group for sex toys is women (and to some extent, couples). Why is it that the industry still seems to be a male-dominated one?
I think that men and society in generally think that women are incomplete and don’t know how to satisfy themselves – that they need a man to say what women want and need sexually (which is usually them, hence why so many sex tech products are phallic). This, in turn, can prevent women from starting sex tech companies of their own, on top of the stigma against female sexuality. Further, just from a big picture perspective, largely men are the investors and control the money that our female founded sex tech businesses need – the industry is still male dominated because it’s far easier for them to get funding and business resources. Ultimately, there are many complex layers to the same problem that the Women of Sex Tech are trying to separate, identify, dissect and eliminate.

What are your plans for the future of Women of Sex Tech?
We want to make female sexual health and wellness accessible to all women and femme-identifying individuals! This means continuing to hold events, get funding, take out advertisements, and pushing peoples’ comfortability when it comes to sex.