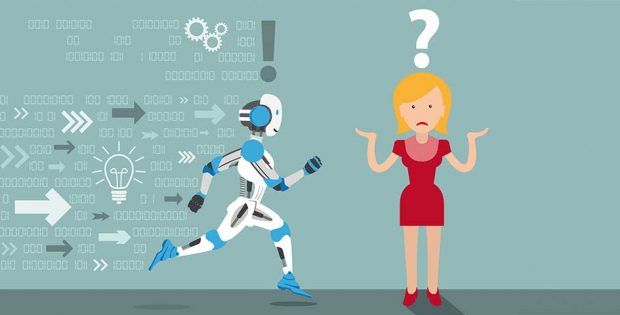 As I’m a sucker for alliteration, I’m continuing on the same “Sexy… [insert subject area]” title for this month’s column that I had used last month. While the titles however have an element of commonality, the subjects certainly don’t.

I’ve been watching with interest the news about the British Airways customer data theft. The perpetrators are reckoned to have grabbed the card details of nearly 400,000 customers. As it unfolded BA was trying to put as positive a spin on it as possible.

But in my view, it was a bit of a cock-up. Yes, they were highlighting that customers’ passport details hadn’t been stolen. But how much comfort is that really, when they’ve potentially allowed some nefarious s**ts to possibly empty victims’ bank accounts of thousands. “Oh don’t worry, it’s all right, it’s not too bad: I mean, your passport details are safe!”

It was a classic case, in my view, of framing the narrative to try and highlight a positive when there’s been a right royal balls-up. Imagine waking up one morning and finding thousands had just gone from your account. I’d be far more stressed and upset if the criminals cleared my account rather than my passport details being nabbed.

I was intrigued by the standards being exhibited by BA. And it made me think about companies in our industry. How might a company handle a situation where their reputation was at risk, and perhaps the wellbeing (financial or health) of their customers. Would they ignore it and hope the issue disappeared? Would they try and deal with it, but do so in such a cack-handed manner that it made the matter worse? Or would they own the problem, hold their hands up, deal with it to minimise the damage incurred and to attempt to restore some trust and goodwill?

Our industry is one which is, for good and bad reasons alike, judged differently by many. But there are still standards that need to be established and to be upheld. Standards pertaining to service, safety and communications.

When considering service, I initially thought back to eleven years ago working at YouGov, when I was running a big UK internet dating research study. One question asked to respondents centred on comparing the service levels of internet dating websites compared with banks, online travel sites, internet service providers and such. Back to the present day, how do you think companies – big and small alike – in our industry compare with supermarkets, airlines, health clubs and so on in the minds of consumers?

Service is one area where good standards are vital to attract and retain customers who hopefully will become loyal, and in time become brand evangelists (arguably one of your most effective marketing weapons available).

But there’s an even more important area which sadly seems to be lacking sufficient standards. And this particularly affects manufacturers: I’m talking about safety.

Everyone’s heard about safety records of airlines, aeroplanes, or automobiles. We know what bright yellow crash test dummies look like. But where are the high-profile safety standards for sex toys and other adult pleasure products? Car ads cite safety ratings: shouldn’t we be doing the same?

Bloggers – some featured here in a previous EAN issue – have been publicly holding manufacturers to account for years regarding safety concerns. They’re not doing this to be whiny – they’re doing this because they give a damn about what goes on and in our bodies and those of the wider sexually active population.

Rest assured, until safety standards are improved the blogging will continue, attracting ever growing numbers of sex toy consumers who become even more knowledgeable – and more conscientious – the longer they’ve been in the market. They’ll start questioning more and start boycotting particular brands who are deemed to be falling short. Safe sex is safe sex, whether it’s with another human, an object, or both. This may even spill down to individual retailers regarding what SKUs they have on their shelves: get body-safe or lose the sale.

The final area in which to consider standards is that of our own communications both in terms of content and timeliness. When looking at certain Instagram lingerie or sex toy accounts I often wonder whether users have taken leave of their senses. Questionable language and imagery employed, inconsistency with established branding and positioning; the list goes on.

There’s also cause for questioning communications between ourselves. How long should it take you to respond to a B2B query or complaint? Are you on the phone or keyboard within an hour to get on top of the situation? Or is ‘ghosting’ someone acceptable until you’re good and ready? Feel free to compare with other interactions from other industries to arrive at your own conclusions. There’s an old saying: treat someone the way you’d like to be treated yourself. It’s as relevant now as it was in the past.

Many of you reading this will be attending the eroFame trade event. Perhaps you’re reading it while attending. If so, I hope you’re making the most of your time there. And if my words have resonated with you then why not take it upon yourself to assess which manufacturers, wholesalers, retailers and others are setting high standards in these three areas, and which are not.

Perhaps in your networking you can be discussing these issues. Maybe there’s genuine enthusiasm among many attendees and exhibitors alike to open a dialogue covering these subjects. Depending on the interest and commercial acumen displayed, the time may be right to explore the possibility of forming a new trade association committed to the highest standards of safety, service and communications. This can also take the form of an industry charter mark offering consumers – and other industry players – reassurance and confidence.

This can’t be a sham PR stunt however. It needs to be the real deal and has to have the active participation and enthusiasm from individual Etsy sellers to the biggest brands in the business.