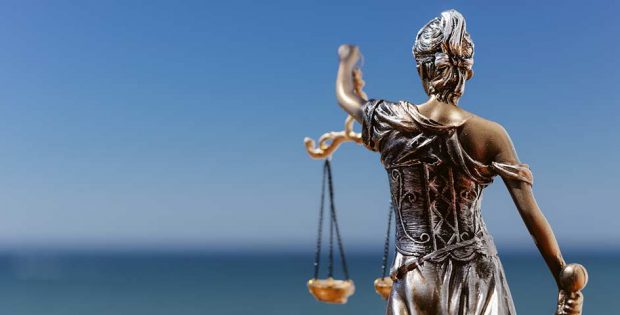 A trademark is a name, logo, or symbol that a company uses to identify its goods and distinguish them from the goods of others. In the U.S., a federal registration system exists, managed by the U.S. Patent & Trademark Office (the “USPTO”), where companies can register their trademarks. Registering a trademark provides the owner with many significant advantages. For decades, though, U.S. law has excluded adult-oriented businesses from receiving those benefits because of a prohibition on registration of trademarks considered “scandalous” or “immoral.” Trademarks that have fallen to that fate include “AW SHIT,” as well as “DICK HEADS” having a design portion including a representation of male genitals. The sun, however, may finally be setting on this era.

In the case of In re Brunetti, now at the U.S. Court of Appeals for the Federal Circuit, the USPTO rejected an application to register “FUCT” for apparel on the basis that it would be barred by 15 U.S.C. §1052(a), banning registration of “immoral… or scandalous” trademarks. Appeal briefs have been filed, and oral arguments were recently heard, challenging the validity of the law under the First Amendment to the U.S. Constitution, the clause that provides for free speech in the country. A decision from the high court is expected in the near future (It was not yet issued at the time of submission of this article for publication).

It appears that a sweeping change may be coming in In re Brunetti because of a June 2017 decision by the U.S. Supreme Court in the case of Matal v. Tam. There, the highest court in the land struck down a law similar to §1052(a), but instead banning the registration of trademarks that are “disparaging” of a person, institution, or belief. The Court broadly reasoned that “[i]t offends a bedrock First Amendment principle: Speech may not be banned on the ground that it expresses ideas that offend.” If offensiveness of disparaging speech is not a ground for restricting a trademark, as held in Tam, then it would appear that such logic would also mean that trademarks considered “immoral” or “scandalous,” although offensive to some, are similarly not restrictable.

In light of this, companies in the adult entertainment industry should start to reexamine their brands and how they could potentially benefit from trademark registrations. Even in the unlikely event that the law does not change after In re Brunetti, companies should familiarize themselves with trademark registration processes as they may be applicable to trademarks under their brand’s umbrella which are not considered offensive.

A few of the many benefits of trademark registrations include the following. A trademark registration enables its owner to sue for infringement in federal court, as well as allows the owner typically to collect significantly larger damages in the case of a win in an infringement suit. A registration serves to discourage third parties from adopting a mark similar to the registered trademark. This is because the existence of the registration can be found in a search of the federal trademark database, and a subsequent application for a confusingly similar mark will be rejected by the USPTO. In addition, when a trademark registration is recorded with the federal agency, U.S. Customs and Border Protection (separate from the USPTO), such agency can block importation of goods that bear infringing symbols or are counterfeits.

In order to properly use, register, and defend a trademark, important knowledge is required. Here are a few helpful pointers on some of the basics you should know when building and protecting a brand in the U.S.

At this point in time, though various countries word the law somewhat differently, they essentially say the same thing – Offensive marks cannot be registered. For example, “[t]rademarks which are contrary to public policy or to accepted principles of morality” are prohibited under Article 7(f) of the European Union Trademark Regulation. Therefore, such registrations are banned in member countries of the E.U. Similarly, in Australia, under Section 42(a) of the Trade Marks Act 1995, a trademark application is to be refused if “the trade mark contains or consists of scandalous matter.”

Accordingly, while businesses in the adult industry may soon be able to protect, in the U.S., a trademark that might be considered offensive, they may find that they are not able to also protect it in Europe or elsewhere. This means that companies need to consider their current marketing approaches, as well as possible future expansions. The trademark laws of the countries included in those plans should be checked. It also may make sense to hire an attorney to help navigate the laws and processes. Developing and executing a trademark strategy can be compared to performing a surgery on yourself – You can do it, but you will probably be unhappy with the result. So, when things get tricky, get an attorney. The investment in your trademark portfolio will pay back in leaps and bounds later on.

In the meantime, we’ll wait for the decision in In re Brunetti. It will likely be a huge breakthrough for the industry. The tides are turning, and hey, its “the motion of the ocean” that matters, and that couldn’t be truer here.

Disclaimer: The content of this article constitutes general information, and is not legal advice. If you would like legal advice from Maxine Lynn, an attorney-client relationship must be formed by signing a letter of engagement with her law firm.