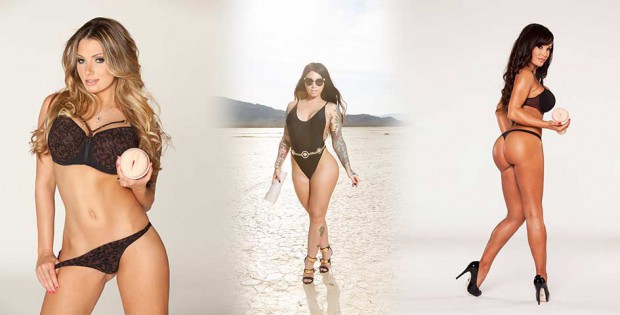 Fleshlight continues the transition of the entire traditional Fleshlight Girls product line to the Fleshlight Girls Signature Collection. The new Girls that have joined the already existing masturbators. are the Lisa Ann, Teagan Presley & Christy Mack, with their unique textures Barracuda, Primal and Attack respectively. They have been released on March 1st. The company said it is following an aggressive release schedule which will continue until the Lotus sleeves of the top selling Fleshlight Girls are replaced with each girl’s customized texture.

Next girls to be released will be Nikki Benz, Asa Akira and the brand new Dillion Harper.

Tags:Europe, Masturbators
Back to Front Page