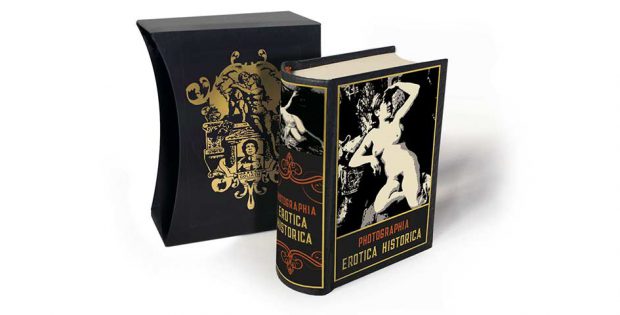 A miniature book is a very small book, sized no larger than 3 inches in height. These books became more popular in the last few decades of the 19th century because they were portable and easy to hide. Many are bound in fine leather, gilt and contain excellent examples of woodcuts, etchings, or watermarks. Subjects range from the Bible, encyclopedias, stories, and of course to the desired miniaturization of eroticas. Many are now collectors’ items, with prices ranging from a few hundred to many thousands of US dollars. The book (ISBN: 978-3-95730-033-1) has a retail price of €49,99. 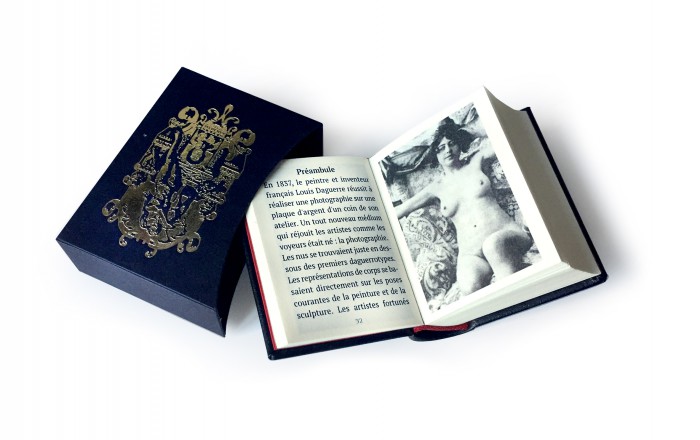 In 1837, the French painter and inventor Louis Daguerre managed to take a photograph of the corner of his studio on to a silver plate. A new medium, that similarly delighted artists like Voyeurs, was born: photography.

Some of the first daguerreotypes included nudes pictures. The body images linked directly to the popular poses in paintings and sculptures. Well-off artists in particular were amongst the first owners of the, for then, expensive and rare cameras. While they began experimenting with the creative possibilities, many of their pupils and less well-off colleagues used the cheaper nude photos in preference to nude models.

The invention of the wet-collodion process in 1851 enabled numerous prints of a single negative for the first time. This made it affordable for consumers and more profitable for merchants, creating a new storm for these “objects of desire”. Many photographers barely managed to keep up with producing new images.

Worryingly, this development of tolerance and liberality seems to be reversing thanks to resurging religious and conservative movements (be they from the left or right). The start of the 21st century also marks the start of the resurgence of censorship. That is why it is our pleasure and task to publish this little book, which is easy to hide in public, as an entertaining reminder of a repressive time in which nudity was still hidden.