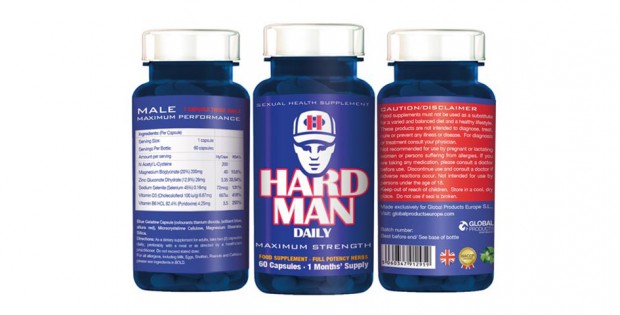 The GWD Wholesale team has announced the launch of their latest supplement, Hard Man. The new supplement is designed for men who are looking for an all-natural way to experience greater stamina and energy, which in turn could boost sexual performance. The company states that in Europe, the demand for herbal, natural male sexual performance supplements has soared. GWD Wholesale’s team has been watching the trend recently and has decided to meet demand.

Hard Man contains herbal ingredients such as epimedium sagittatum, panax ginseng, cinnamomun zeylancium, and poria cocos zeylancium. According to GWD Wholesale all of these natural ingredients have been used by Europeans as natural stimulants for centuries. “Hard Man can contribute to your stamina for sex and boost your energy, not just an erection,” said the GWD Wholesale team.

Hard Man is manufactured within a factory based in the UK, and the supplement has received ‘A’ grade status BRC accreditation, ISO 22000 for food safety, ISO 9001 for quality assurance, ISO 14001 for environmental, ISO 13485 for medical device, and GMP approval. According to Steven Robinson at GWD Wholesale, “Our Hard Man formula has been passed for UK nutrition and health labeling claims, and the product has been approved for its safety and effectiveness. It’s gaining great review from experts as well as customers who have used it.”

Thus far, more than 200,000 men have ordered Hard Man online. Since its official launch at eroFame 2016, GWD Wholesale claims to have received an outpouring of interest from retailers across the United Kingdom and Europe.