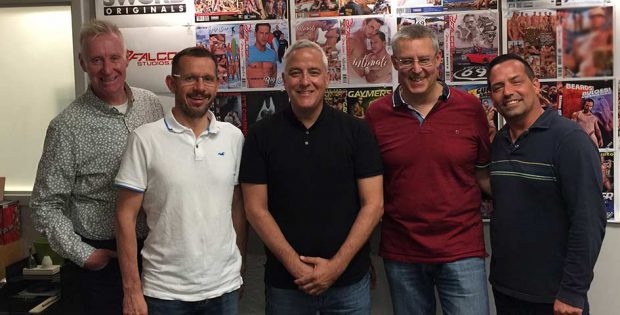 Tim Valenti, President of Falcon Studio Group and The NakedSword Network says of the new deal, “We are excited to be working with such a strong partner in Europe as Gayshop.com. With this deal I’m confident our expansive catalog will be more easily accessible to the wholesale market in Europe and will be pushed into European stores more than ever. This deal is coming at a perfect time as we are rolling out some of the best DVD’s we’ve produced in years and I’m very happy that they will be handled by such a capable partner!”

The first DVDs being released by Gayshop.com in Europe will be Raging Stallion title “It’s Coming” released on September 15, followed by HotHouse “The Fixer” on September 22.

Thomas Holm from Gayshop.com says of the new partnership, “We are thrilled to be working with the largest producer of gay adult films in the US, Falcon Studio Group and NakedSword. These lines consist of a huge variety of content that appeals to a wide audience and in turn there is something for every consumer with-in the Falcon Studio Group and NakedSword DVD catalog.  We are confident we will do very well with these new first class premium DVD lines!”