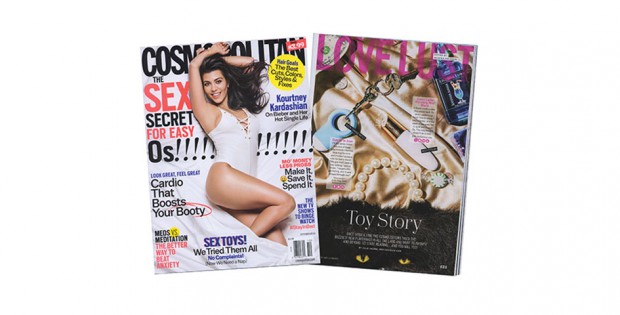 JOPEN is featured in the October issue of Cosmopolitan magazine. In this issue, Cosmopolitan testers try out the “buzziest new playthings” in which the JOPEN Callie Vibrating Mini Wand was front page.

Since the issue hit newsstands and social media outlets, JOPEN claims to have seen a tremendous surge in web traffic, media hits and sales. “This type of media coverage is big for JOPEN and those who sell the brand. We recommend using this to your advantage in advertising and promotion,” says Susan Colvin, Founder, and CEO of JOPEN.

The Cosmo feature, which involved 22 testers, compiled a list of the best sex toys. The JOPEN Callie Vibrating Mini Wand was crowned “Most Stylish.” The tester explained, “If Apple made a vibe, this would be it. Its seven patterns go from low to whoa.” The pretty little sex toy also received its “Best in O” distinction because, according to the tester, “The only thing it doesn’t do is text.”

The Mini Wand is one of four styles in the Callie collection. All products offer the same great features and design elements while providing a different user experience. “Add the Callie Vibrating Mini Massager, Wand and Dual Massager to expand your offering. The Cosmo feature will get people in the door, and the variety will ensure you close the sale,” adds White.