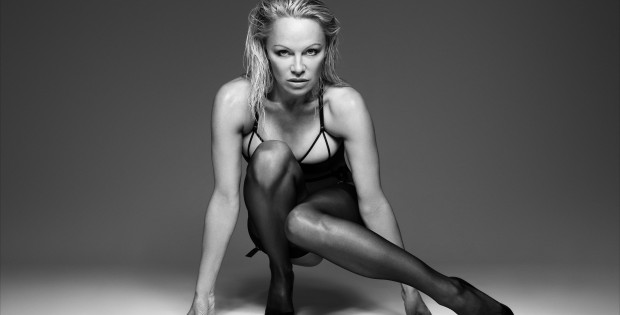 Coco de Mer, the luxury lingerie and erotica fashion house, releases its exclusive photo shoot featuring Pamela Anderson in their Icons lingerie collection, shot by Rankin and created by his agency, The Full Service. Pamela was appointed as Coco de Mer’s International Brand Ambassador in February and this is the second project for the international pairing.

Persephone is inspired by The Queen of the Underworld’s fabled majesty, beauty and strength, with tactile silk and velvet strapping.
Seraphine channels a subtle bondage aesthetic to lend classic lingerie shapes an erotic flourish and ignite temptation. Using British silk and corded French Leaver’s lace with gold hardware, playful ouvert detailing and choker necklines.
Minerva is designed to empower curves with criss cross strapping and stretch lace. The perfect weapon for seduction.
Medusa channels the dark power of the Gorgon in bondage-inspired strapping and figure-sculpting sheer mesh. Highlighted with golden fastenings in the shape of the Coco de Mer seed, this collection exudes daring sensuality for day and night.
Sylph is inspired by both the photography of Helmut Newton and Faerie folklore. Each piece uses sensual silk satin for an empowering, hedonistic bedroom look.

Commenting, Lucy Litwack, CEO of Coco de Mer, said: “Pamela is the perfect Icon for our Icons range and the images shot by Rankin capture the graceful temptation of each Icons piece. This is our second shoot since Pamela became International Brand Ambassador to Coco de Mer and it is making for a really special partnership which is receiving some very positive feedback from our customers.”
Pamela Anderson, said: “Coco de Mer’s designers have created such a tempting range which just embraces the elegance and playfulness that you expect from Coco de Mer. The Icons collection exudes that special seductiveness in such a luxurious fashion, you can’t help but feel empowered and beautiful. It was great to work again with Rankin who brings his own very distinctive style to the imagery for the Icons range.”
Rankin: “Pamela is a modern day icon. One of the twentieth century’s true pinup girls. And yet she is so much more than that. She’s a businesswoman, an entrepreneur and, more than anything, a force of nature. It’s been a privilege working with her and Coco de Mer.”