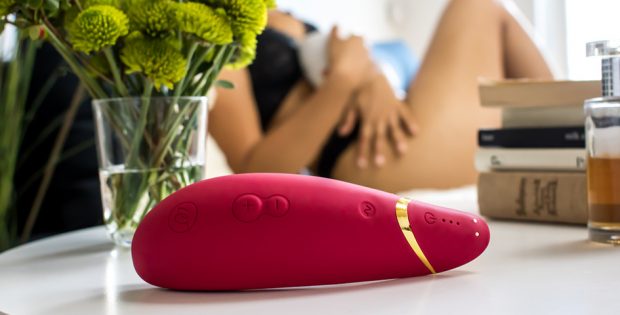 Half of the world’s population get their periods each month and most of them struggle with different painful side effects. Although these symptoms are common, they are hardly researched – like so many topics around women’s health. The so-called Gender Health Gap describes this gap and shows that women have historically been neglected in medicine and research.

The study design and procedure

The study was conducted in collaboration with Dr. Jones, a clinical psychologist and sex therapist. Almost 20,000 people who menstruate responded to the call for participation last May. The final study participants were selected through a randomised procedure. In the first month, the participants recorded the current status of their period pain in a questionnaire. For a period of three months (test phase), they were asked to forego their traditional methods of pain control and to masturbate instead. Each month they recorded their symptoms in another questionnaire. The fifth month served as a control month in which they went back to using their usual tools. After another month, the last survey took place.

Why do women experience period pain in the first place?

Dr. Andrea Burri, Psychosexologist, founder of the “Institute for Sex Counselling and Sexual Sciences (ISCSS)” and Sexual Wellness Expert at Womanizer explains: “During menstruation, the uterus contracts spasmodically to shed the lining of the womb that built up over the month for a possible pregnancy. This causes cramps. The contractions of the uterus are also controlled by the hormone prostaglandin. This hormone is a pain messenger and is also involved in inflammation, for example. The higher the levels of prostaglandins, the stronger the period pain can be”.

Participants recorded both the intensity and frequency of their pain each month on a standardised 10-point scale. The results show that both parameters decreased noticeably over the course of the test phase. And even more remarkable: even after the control month, the values were still lower than at the beginning of the test phase. The average intensity in the initial survey was 6.7 points, after the end of the test phase only 5.4. This corresponds to a decrease of 1.3 points. After the control month, this value was 5.9 and thus still 0.8 points below the initial value.

The same effect was also visible in the frequency of period pain. On average, the score was 7.4 points at baseline, but after the test phase the score decreased by 2.8 points and stood at 4.6. After the control month, the value was 6.7, which still corresponds to a decrease of 0.7 points.

So far, the launch resulted in about 50 articles in mainstream media, with a potential reach of almost 200M.

All results and the full report are available at www.menstrubation.com

Tags:Sex Education
Back to Front Page