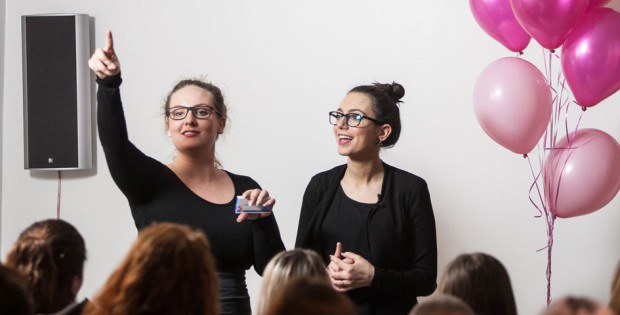 Gerður, before we talk about your home country, Iceland, why don’t you tell us a few things about yourself?
Gerður Arinbjarnardóttir: I’m a 26-year old mom of a 6 years old son. I live in Kópavogur, a district of the capital city, Reykjavík.

Since when have been working in the erotic market?
I started Blush in 2011. I was only 21 years old then, and I had no idea what I was getting myself into. I got my first sex toy when I placed the first order, so you might say I had hardly any idea of what I was doing. I got the idea together with my friend Rakel, and we were the two owners of Blush for the first year. Then I took over, and Rakel got an exciting job on the Icelandic radio. Today, she works part time for Blush. It is priceless to be able to have your best friend next to you, as well as someone who knows the company. I get a lot of feedback from her and I don’t feel alone in this business. So her support means a lot. 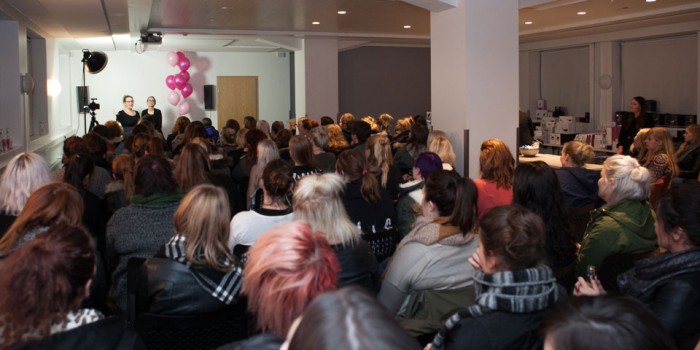 Why did you pick this market, and what did you do professionally before entering this world?
I would say that it had a lot to do with my best friend. She had bought herself a nice Lelo sex toy and I wanted one too. There was no one selling Lelo in Iceland at that time. I did some research and found out that there was a big gap in the sex toy marked in Iceland. I was young and I had no idea what I was getting myself into when I started the company, but I was pleasantly surprised to find out how much fun it is and how well it suited me.
Before that, I was in school so I had never run a company before. In that regard, the last four years have been one big schoolroom for me. I’m lucky to have good people around me who support me and are never more than a phone call away when I need help or information. I met my boyfriend two years ago at eroFame, and he is one of my most important go-to guys when I need help or support.

You are selling erotic products via e-commerce and home parties. Why did you decide to focus on these sales channels?
When we first started, we wanted to be unique and do something different from what the other companies in Iceland were doing. We decided to offer free home parties because no one was doing that. Nowadays, we also focus on the web shop. It seems like the market for online shopping is opening up in Iceland. Before, a lot of people went to other countries and bought sex toys there because the price was so much higher here in Iceland than in other European countries. Now, people buy more toys locally because we can offer comparable prices.

Please tell us more about your concept and your strategies? Which business philosophy guides you in your activities?
From the beginning, we have always had a person (face) behind the company so people can connect a face to our brand Blush. That had never been done before in Iceland. I have no idea why, but it seems to be something that people want. They want to be able to know and see who the owner is.
I do a lot of public relations work like writing blogs and hosting parties and the newest thing is Snap Chat where 10.000 followers are watching my daily life and what I do at work. I use Snap Chat to show the products and people can send me feedback or questions that I answer. That also helps a lot with online sales.
We offer free home parties and I always make sure I have girls working for Blush who have some kind of knowledge of sex and sex toys. For example, we have had nurses and sexologists working for Blush. That makes it more educational and fun for the people who attend the home parties, and I also learn a lot from them. 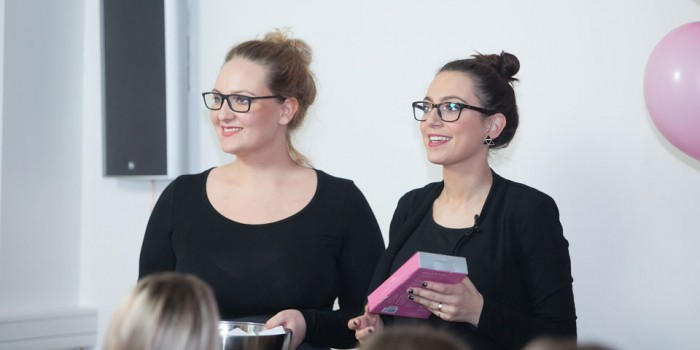 Where do you get your products? Do you feel that your suppliers, distributors, and wholesalers provide enough support?
I buy most of my stuff from Eropartner and Lelo. I have been so lucky with Lelo – we have an amazing business relationship with them. In 2013, Filip, the founder of Lelo, invited me to China to see the factory and as you can imagine, I felt like a kid in a candy store. Lisa, my contact person at Lelo, is still wondering how fewer than 330.000 people can buy more vibrators than are sold in countries with a few million people.

How do you pick the products you sell?
I think that is obvious. You just need to try them! What a hard job I have! I also ask people around me to try them and give me feedback. One thing we always make sure is that the products have nice packaging, nothing too explicit. We mostly sell high-quality brands.

Are you the only person selling erotic products in Iceland, or is there competition?
No, not at all, there are quite a few of us fighting over the same piece of the pie there. So it is important to work hard and make sure you always keep up with the latest sex toy trends. During the last four years, I have seen a lot of people pop up with a new websites or web shops. People think this is easy money or fast cash but that is definite not how it works. I’m not only competing with Icelandic sellers, but also with all the other online stores that ship to Iceland. 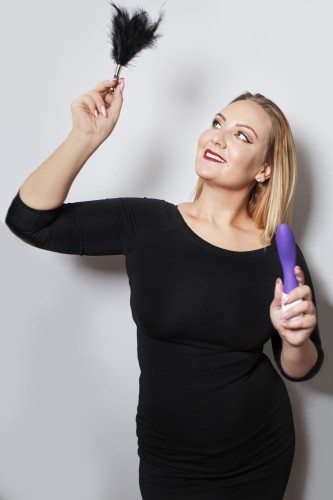 What about the consumer confidence in Iceland? Did the economic and financial crises of the past years have a big impact on the country?
Of course it did, but I think now, after eight years, we are back on track. I started after the crisis so I was lucky not be get caught in the middle of it. But in those four years, there were definitely ups and downs. Since I started, at least two stores have closed down, and a lot of online shops have also shut down. Is it because of the crisis? I don’t know, but keeping up and running a sex toy business in Iceland is definitely not as easy as people think.

It is said that the people in Northern Europe have a much more relaxed attitude towards things such as eroticism, sex, pornography, etc. Is that also true for Icelanders?
Yes, definitely. Just last week, a rehab centre in a hospital contacted me. They want to introduce sex toys to people who have problems having sex after illness or are overweight. That shows a lot about how open-minded we are becoming. So Blush is now starting a partnership with them and hopefully, we can start looking at sex toys in a different way.

What are the current top-sellers? Which products are the most popular in Iceland right now?
I would say that We Vibe 4 and Ina 2 from Lelo are on the top-seller list. Fairy is also popular, as are other smart wands. People are generally looking for more fancy brands and more valuable toys that are rechargeable.

My favorite story is when a 78-year old woman was at a bachelorette party that I was hosting, and she bought her first toy. She said it is never too late to have a little bit of fun.

Is Iceland affected by the same general developments as the rest of Europe? For instance, are there more women and couples among your customers?
I aim for couples and women so they are my biggest market, but we are opening a new window and starting to import more toys for men because I can feel that men are getting more open about trying P-toys and Tengas. There is almost no one selling good branded toys for men in Iceland because there hasn’t been a market for it until now.