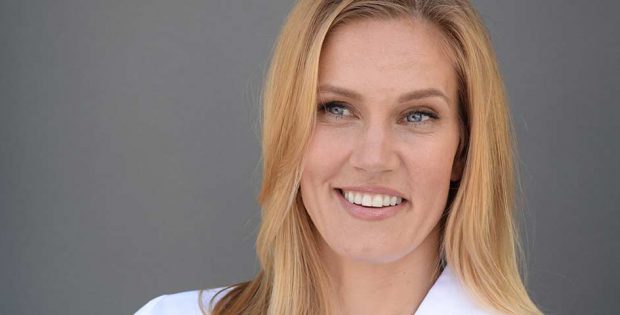 A few years ago, scientist Dr. Nicole Prause couldn’t get a simple protocol about orgasms through the ethics review process of her university. Shortly after, the university refused to accept a grant for further sex-related studies. That’s when Nicole knew that this was not the right environment for her to continue her research about biotechnology and sexuality. Looking for a different solution, she founded Liberos, an independent lab where she could continue her work in this fascinating field of research. EAN spoke with Nicole about the focal points of her work and how this research can help people.

Nicole, among other things you are the founder of Liberos, a company focused on sexual biotechnology. What exactly is “sexual biotechnology”?
Nicole Prause: Sexual biotechnology is the intersection of biology and science as applied to sexual functioning. I am trained as a sexual psychophysiologist, but many people do not know what that means either. Biotechnology is a way of translating the idea that my collaborators and I study both the body’s sexual response and a person’s experience of their body’s responses.

Could you tell us a bit about your background?
My PhD is in “clinical science” specialising in neuroscience and statistics. Basically, we are responsible for developing mental health treatments and getting them to patients. Clinical scientists are fully trained as both clinicians (I am a licensed psychologist in California) and researchers to accomplish that translation. As researchers, we often study patients or very basic physical mechanisms of patient’s symptoms.

How did you come up with the idea of founding Liberos and what are the goals of your company?
I had no intention of founding Liberos. I had been an academic for nearly 10 years and just promoted to an Associate Scientist at the University of California, Los Angeles. In one year, I was unable to get a simple orgasm protocol through the ethics review process (the same protocol passed through another university easily), then the university refused to accept a grant that I had received to study sexual partners in the laboratory. It became clear that I was either going to have to move to Canada, as most of my colleagues had, or get the research done under a completely new model. I chose the latter.

The intersection of biotechnology and sexuality is a wide field to explore. How do you pick your priorities?
Having more orgasms is lovely, but it is not curing cancer. Further, some people will never be convinced that female pleasure is possible or worthwhile to study. Rather than continuing to fight society’s priorities, I agree. Orgasms, to me, are important when they can resolve more pressing social problems, like sleep disorders or mood disorders. My priorities are on identifying the general health benefits of sexual stimulation.

“Some people will never be convinced that female pleasure is possible or worthwhile to study.”

A secondary focus is on communicating accurate sexual information. As sexual biotechnology options continue to expand, especially for women, I want accurate information about physiology coming from those companies. I see a danger in setting back the strides we have made in sex education in the USA if companies choose to advertise using information about sex that is not accurate just to sell their product. This also can shame women, making them feel they have personally failed if a device does not work, as advertised, for them. Women especially need to keep the grounds that we have gained.

One of the fields you are engaged in is technology to measure orgasms. Why could it be of importance to know how strong or weak an orgasm was?
I am not too worried about the strength of an orgasm, because they are reflexive. An orgasm is an orgasm is an orgasm. It is fascinating to explore why that same reflex can feels so different, and we do collect that information in studies, but I mostly care about how and when people identify a physical climax at all. If we have any hope of prescribing physical climax in a therapeutic pattern in the future, we first have to make sure we are actually able to reproduce the basic physiology with some confidence!

Another project you are engaging in is a programme to “promote attention to sex cues with less invasive techniques than our other ‘brain treatment’ approaches”. How should I envision this programme? What are its goals?
Sexual stimulation is really good at getting your attention. That can be useful, for example, in getting our attention away from the negative thoughts that are characteristic of depressive rumination. However, not everyone is great at elaborating on sexual fantasies and staying with those pleasurable thoughts and feelings. I am interested in two methods of improving people’s ability to keep their attention on sex: brain stimulation and conditioning. Brain stimulation (we have published one paper already using transcranial magnetic stimulation) has a good history being useful for depression directly, and we are working (slowly) on other forms of brain stimulation.

Of course, improving someone’s ability to stay with sexual thoughts and fantasy is likely to also help those with lower sex drive. In my view, this would be an excellent bonus, although not the ultimate goal.

You are also testing methods to increase the sex drive with direct current stimulation. How does this work?
Direct current stimulation (DCS) is applied from outside the head to alter neural activity. Most commonly, there are two (anodal and cathodal) pads to direct the electrical current. However, DCS is fairly controversial primarily for its effect size. While many studies have shown DCS alters brain activity under the areas stimulated, many studies also have failed to find these effects. Our hope is to build on our research with transcranial magnetic stimulation (TMS), which is thought to alter brain reactivity permanently/semi-permanently, to DCS that can be used on an as-needed basis. However, this research remains controversial and will require considerably more evidence before I would feel comfortable suggesting it as a consumer device.

Should I be afraid that one day my sex drive can be controlled and triggered by the flip of a switch?
There is no “sex” centre in the brain, so we will never be able to really “control” your sexuality. Sexual urges are built on the basic brain architecture that underlies all emotions and motivated behaviours, from anger to joy. The most I hope to do is increase/decrease the gain on this system, which would mean making it easier/harder to follow through (such as with sexual fantasies) on existing sexual urges. The genitals are represented on a pretty easily-accessible part of the motor cortex, so we could likely give you a bit of a tickle there too, but damn, it’s just easier to touch your genitals directly folks!

“Sexual urges are built on the basic brain architecture that underlies all emotions and motivated behaviours, from anger to joy.”

Most sex toys today are used to stimulate the genitals in one form or another. Do you see practical applications for your research that could be used in sex toys as well?
There is a very fuzzy space between sexual toys and treatments for sexual disorders. The first FDA-approved device for female sexual arousal disorders was the clitoral pump EROS. The kinky folks might recognise this device as the clitoral pump that commonly appears in sex films and is widely available (at about 1/50th of the cost) through many online sex retailers. Of course, anything that promotes sexual pleasure is likely to be used for play, even if it was developed for a disorder, just as Viagra is widely used for fun (or “reassurance”) rather than actual erectile dysfunction.

Are there any developments in this field we should keep an I on? What will be the next big breakthrough?
I am most excited about emerging laboratory research studying couple’s intimacy in the laboratory. We have a large, rich data set measuring couples manually stroking genitals in the laboratory, including collecting brainwaves simultaneously from both members of the couple. This can help us understand the health benefits of interacting sexually with a partner.
We (Tierney Lorenz, PhD and I) also just received a grant to study post-orgasmic illness syndrome (POIS) from the non-profit National Organisation of Rare Diseases.

I believe it is the first national research grant to study basic orgasm physiology, and we are uniquely suited to capture that physiology well. We will capture both brain responses and peripheral physiology to describe exactly how orgasm may promote health, as well as what is awry in men with POIS. We hope to start recruitment for that study within two months in Los Angeles.