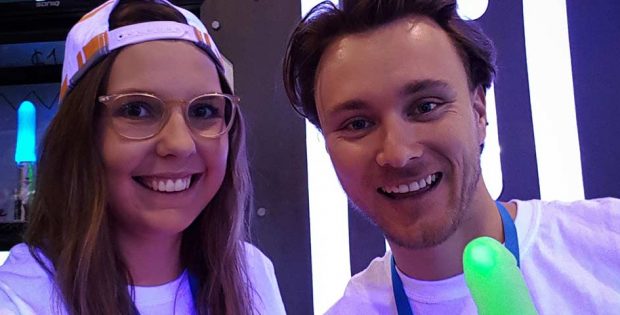 For months, wildfires have been wreaking havoc on Australia, taking the lives of numerous people and countless animals. Many homes have been swallowed up by the flames, not to mention the devastating toll the fires have taken on the Australian forests and nature in general. Australian sex toy manufacture Geeky Sex Toys decided to contribute to the effort to help and heal their home country, and they are going about it in their own, unique way: They have created the Down Under Donation Dildo, and all sales profits will be donated to aid organisations to help people affected by the fires. In our interview, Josh Porter, the head of Geeky Sex Toys, tells us more about this laudable project.

Would you mind telling us how you are experiencing the situation in Australia yourself? Are you directly affected by the fires?
Currently we are fine and not directly affected by the fires that are being shown in the news. We live in a small town called Yeppoon in central Queensland (Near Rockhampton). Back in November we actually had fires come extremely close. Homes in the area were lost and much of the town had to be evacuated.