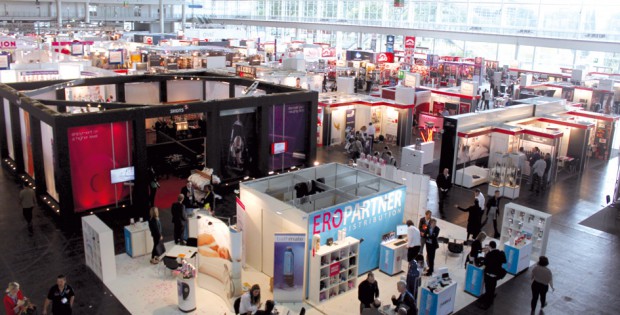 The exhibitors of the upcoming eroFame show have already shared their plans for the trade convention in the survey presented in this and the previous print issue of EAN. Now, we want to know what the organiser expects. In our interview with Wieland Hofmeister, head of Mediatainment Publishing eroFame GmbH, he brings us up to date on the preparations for the event, and he shares the latest news about eroFame 2016.

eroFame will take place for the seventh time this October. Are you afraid that you might be facing a ‘seven-year itch’, or are you confident about the show?
Wieland Hofmeister: My pulse quickens by what feels like a hundred per cent every time eroFame draws near. After all, this is quite a responsibility: lending professional support to the exhibitors, during the planning and set-up stage and throughout the show itself, and doing our part to make sure the visitors have a great time at eroFame. Actually, what we want to do, what we need to do is make everyone happy – that’s a big challenge, so we have our work cut out for us. But since I’m not superstitious, I’m not daunted by the big seven. If anything, I’m thrilled because it shows how long we’ve already been doing this, and how successful we’ve been – and by we, I mean absolutely everybody involved in eroFame.

Moreover, I feel confident because we set the course for the future of eroFame at the beginning of the year. We sat down with several long-standing exhibitors, and following these conversations, we sent a questionnaire to all companies that had exhibited at eroFame up until that point, plus, we also conducted a visitor survey via e-mail and another questionnaire was added to big trade magazines such as EAN and eLINE. This way, we reached as many eroFame participants as we possibly could to give them a say in the things that could or would affect them. Based on their response, I am very relaxed about the upcoming event. Right now, the overwhelming majority of the eroFame exhibitors and visitors don’t want the concept of the show to change – that makes us breathe easier and gives us new focus.

Can you tell us how far along you are with the preparations for the seventh eroFame?
This year, we will be in Hall 2 of the expo fairgrounds in Hanover – a location that many of our exhibitors and visitors already know. A big, bright hall, right at the entrance of the fairgrounds. However, it’s a bit smaller than, say, hall 27, where eroFame took place last year. The whole exhibition floor was booked up rather quickly, so – we’re full. That is great result for us.

Currently, we are looking for ways to implement requests from our exhibitors, as well as organising the overall show. As always, there will be free food and drink and a free party for all participants of eroFame. We are also in talks with several hotels, and of course, we are getting lots of questions from exhibitors and visitors that we try to answer as quickly as possible. You need to be very focused when organising a show such as this. Apart from that, we are guided by the motto ‘never change a winning team…’

With roughly 180 exhibiting companies, is the upcoming eroFame on par with previous events?
It is. As I already mentioned, we have less space this year, but by smartly organising and dividing the exhibition floor, we have enough room for all the big companies. I know I’m running the risk of sounding repetitive when I say this, but I truly believe that all the major players of the industry are going to be at eroFame this October. The reason for this popularity can be found in the survey we conducted in advance of the show. ´eroFame is still the biggest and most important fair in Europe ´ – I didn’t make that statement but I wholeheartedly agree.

“eroFame is a European b2b show, first and foremost.“

And I take it there will be visitors and exhibitors from all over the world again? Will eroFame continue to become more international?
Basically, yes. However, I personally feel that, in terms of exhibitor numbers, we have reached the maximum of what is possible at this show. Surely, the industry will continue to grow and become more successful, powered by the increasing acceptance of sexual lifestyle and the products that are associated with it.

But eroFame is a European b2b show, first and foremost. The lion share of our exhibitors and visitors hail from Europe or Northern America, and we have all the big companies from this territory at our show. Yes, there are other big, growing markets with up and coming producers, but the situation can sometimes be complicated.

I don’t think anybody will be surprised when I say that some producers, particularly from the Far East, have been launching products that undermine the price structures of western industrialised countries. This affects all industries, not just the adult world. Compared to the wages and the cost of living in these countries, cost levels in Europe and Northern America are simply much higher. So this is a situation that we need to respond to in a conscientious way, for the sake of our industry and its continued success. Everybody has to do their part, the trade, the trade press – and also trade shows.

”It is safe to say that everyone who wants to be big player in this industry knows of eroFame.“

What are your expectations regarding the number of visitors this year? Or is it more about quality than quantity?
This is a question that we hear quite a lot, from the trade press as well as our exhibitors. We use every tool in our arsenal to advertise eroFame among the European trade members, be it ad campaigns in magazines or supplements or newsletters, which are also distributed with the support of the leading trade magazines. We also use our online presence – last year, we had roughly 30,000 clicks on www.eroFame.eu in August/September – and we offer to support exhibitors in advertising the show to their customers.

Given these efforts, it is safe to say that everyone who wants to be big player in this industry knows of eroFame. The leading companies and trade members attend the event every year, so the quality of the eroFame visitors is beyond dispute. No b2b trade shows for the adult industry attracts more visitors than eroFame, and of course, we hope that things will stay this way, also and especially in the interest of our exhibitors

You have pointed out that the exhibitors have to do their part in making eroFame worth their while, i.e. they have to create awareness for the show and invite their customers. Has this message been heard or is there still room for improvement?
More and more exhibitors decide to order VIP invitation cards for their customers – these invitations include an eroFame brochure and a ticket for the annual eroFame Oktoberfest. And the best thing: This invitation is free. I’d hope all exhibitors would take us up on that offer. But everybody has their own way of advertising and stirring the pot. Alas, some companies do very little to make sure they are busy throughout eroFame, so yes, I’d say there is room for improvement. 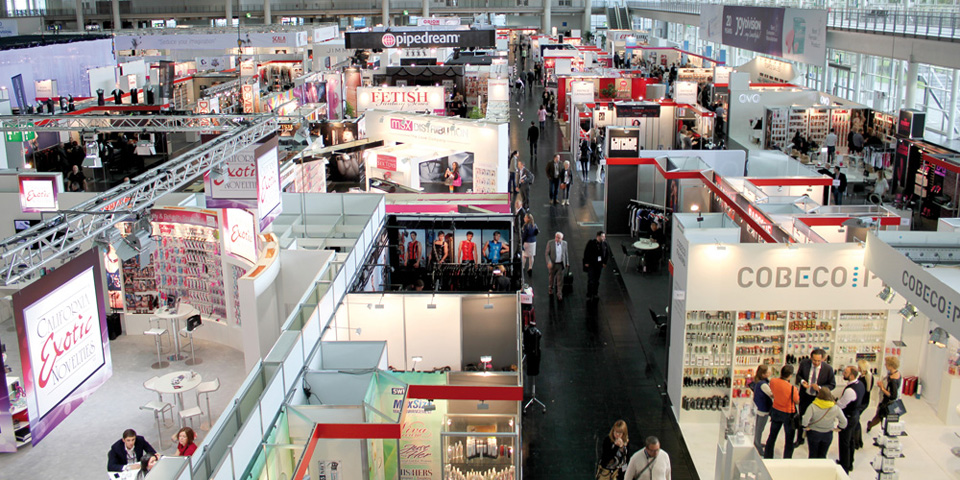 Last year, you introduced new guidelines for the visitors of the show. How did people respond to these new rules?
Right, we introduced new rules in the interest of our exhibitors. Unfortunately, there were some bad apples, and we were actually forced to expel a few individuals from the show. People who knowingly infringe copyright laws have no place at eroFame. Also, we owe it to our exhibitors to check if people present or sell products in the neutral zones of the fair hall, even though their company has no stand at the trade convention.

In the name of fairness, we must insist that, if you want to present your products at eroFame, you need to have a stand. Therefore, we will continue to enforce these new rules and conduct controls if something smells fishy.

We also heard that you are going to have more thorough controls at the entrance to the eroFame Oktoberfest. What’s going to change?
Oh, that sounds much more dramatic than it actually is. The Oktoberfest has always been a wonderful, merry event, and it will continue to be exactly that. It’s just that this is a party for trade and industry members. We don’t want people just wandering in. The participants of eroFame all get tickets to the Oktoberfest. They can be picked up at the registration counter, they are added to the leading trade magazines before the show, and they are even available at the fair stands of eroFame.

The ticket controls at the entrance were rather sloppy in recent years, and we aim to correct that. But that is all that is going to change, promise. So, dear participants of eroFame, bring your ticket and present it when entering the Munich Hall. Thank you!

“In order to be successful, eroFame has to reflect the needs and wishes of the participants.”

And apart from the aforementioned decisions, the concept of eroFame will remain unchanged this year?
Yes. And there are no plans for big changes in the upcoming years as long as the participants are happy with the eroFame concept. However, to make sure that we really meet the expectations of exhibitors and visitors, we are going to have another survey, focusing on some of the elements from the survey we conducted earlier this year. Questionnaires will be available on the fairgrounds, and if there are any questions, we’ll be more than happy to answer them. In order to be successful, eroFame has to reflect the needs and wishes of the participants.

Thank you for these clear words, mister Hofmeister.
If I might add one more thing, I am already looking forward to meeting all of the members of our fascinating industry at the show. To all participants of eroFame, I hope you have a great trip, do great business, and meet interesting new contacts. See you at eroFame 2016!