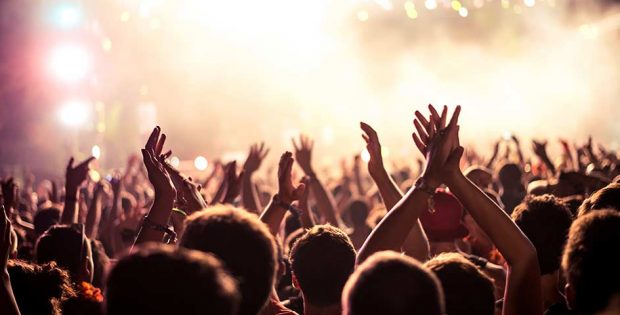 Twenty years ago this month, I was hunched over a computer hurriedly writing up my Masters Dissertation (all 32,000 or so words of it, if I remember correctly). Rather naturally, my immediate thought when recalling this was: ‘Where the hell did the time go?!’

As for my Dissertation choice, it examined the motivations for, and objectives and effectiveness of Formula One motor racing sponsorship. I’d been analysing returned questionnaires from sponsors from around the world, followed by telephone depth interviews with some of them. Then there was the awareness and recall survey conducted on Glasgow’s Buchanan Street (at least it stayed dry that Saturday afternoon). Last but not least was the focus group of F1 television viewers.

Funnily enough, back in 1976, the BBC got their proverbial knickers in a twist when they cancelled broadcasting the majority of the F1 season to UK viewers. All because – wait for it – one of the teams struck a deal with Durex to be their primary sponsor. The mind boggles as to how perturbed the other F1 sponsors must have been when realising their brand names weren’t going to be beamed into living rooms across the country.

That was then however, with a rather different sexual and broadcasting culture. Years later, in 2012 Durex actually became a primary F1 team sponsor again. This time there were no big broadcasting panics: and thanks to integrated marketing communications and effective leveraging, Durex condom packets even featured the two team drivers.

For instance, Luxury brand Lelo has recognised the potential of industry sponsorships and tie-ups, including its relationship with sex party organisers Killing Kittens. It has a page on its website dedicated to sponsorship enquiries. As a first port of call, it asks prospective partners the right questions without getting too bogged down with minutiae.

But what if you’re an industry newcomer or seasoned pro alike, who is thinking of sponsorship but don’t quite know the ropes? Then let me give you a few things to absorb and to think about.

It’s important to know what sponsorship is, and is not. Firstly, as far as definitions go, I might as well use my own one submitted in my research all those years ago. Commercial sponsorship is “an exchange process between two parties involving the supply of (in any combination) funds, materials or expertise from the sponsoring body of individual to the sponsored event, organisation or individual for the purpose of meeting defined commercial objectives.”

Let’s be clear about ‘defined commercial objectives’. Sponsorship is not the same as philanthropy or corporate social responsibility (CSR). And while it has suffered from ‘Chairman’s Wife syndrome’ (where personal interest prevailed and influenced decision making) in the past, it’s less prevalent now. Sponsorship is a bona fide member of the marcoms toolkit.

In practical terms, sponsorship creates a link in the target audience’s collective minds between the company or brand and the event or organisation: one which the target group values highly. In short, it’s all about establishing a positive association. Through the positive link that the audience has with the organisation or event, the sponsor hopes that these good vibes will rub off on them as well and create a positive attitude. Heider’s Balance Theory (from way back in 1946) sums it all up nicely if you fancy reading more on it.

So what do sponsors seek to gain from it all? A number of objectives exist. These include building (or increasing) awareness of a brand, creating a positive attitude to a product or brand among target audiences, solidifying purchase intention, and internal marketing (employee incentives and rewards programmes) to name but a few. These are subsequently facilitated through increasing name awareness, reinforcing the existing brand image, gaining exposure in the trade and/or consumer press, providing guest hospitality (and thus potential access to decision makers), improving relations with key community or interest groups, and offer product sampling, and a few others to boot.

If this has already piqued your interest and you’re thinking about how your own brand could fit into this, you’re probably now trying to assess how much of an impact a sponsorship arrangement could have. And quite right too. The likely impact largely depends on four factors. The first is the strength of the link – determined by the difference between consumers recognising your sponsoring brand and the biggest number of people who incorrectly named a non-sponsor as the actual sponsor. Then there’s the duration of the link to consider. A key ingredient of sponsorship success is having an integrated marketing programme established long before the event that utilises other promotional tools such as content marketing, sales promotion, and PR in order to further raise awareness and ‘soften up’ audiences.

Thirdly, there’s the level of gratitude generated from the sponsorship link. Fans of a particular team or event will (at least to a degree) purchase a sponsor’s product over that of a rival brand. And finally, there’s the perceptual change due to the link: in short, how much attitudinal shift has there been towards the sponsor.

So let’s consider Lovehoney’s sponsorship of the Bath Comedy Festival. They first got involved in 2017 and earlier this year signed a further three year sponsorship deal. That immediately tells a story about its perceived value to the company as a sponsorship vehicle. In my view the sponsorship works in several respects.

Firstly, it’s a well-known and well respected local company sponsoring a local event: nearly always a good thing. The chances are that a fair few of the company’s existing – and perhaps future – employees would attend some of the events as well.

But perhaps the best part of the sponsorship is the ‘fit’ that I mentioned earlier. Sex should be fun – perhaps funny too, for the right reasons – and Lovehoney’s ‘Butt of all Jokes’ award (you should see the trophy) is a stroke of PR mastery. Furthermore, given that so much comic material is sex or relationship-related there’s an audience who are not going to be offended in the slightest by a respectable sex toy company being involved. In fact, I’d imagine they’re cock-a-hoop (pun slightly intended: well, I am talking about comedy!) that the event is being supported this way.

Coming from someone who has written at length about sponsorship, there’s a whole host of other things worthy of mention. But column inches are always in short supply, so here’s a quick rundown of some other key aspects to be aware of.

Type of sponsor: Conferences, awards ceremonies, and the like are festooned with sponsors. There are primary sponsors, tiered sponsors, individual award category sponsors, you name it. Then there might be media coverage sponsor too. If major sports championship (e.g. Olympics and football World Cup) sponsorship research studies are typical across other environments, then generally only two or three of the major brands are recalled and linked by consumers to the events. Think carefully whether it’s worth being a tiered or category sponsor as your opportunities to make an impact there may be limited.

Competing brands: How angry would you feel if you signed up to sponsor an award or event and you subsequently discovered your main rival was doing the same? Either pay more to guarantee you are the sole sponsor from your product category at the event, or think seriously about withdrawing.

Product market: Is the event or body to be sponsored B2B or B2C oriented? If it’s the former then sponsorship’s multi-faceted nature can play a pivotal role. As well as creating awareness, there’s a corporate hospitality opportunity conducive to creating the ideal environment for influencing current and future clients and reminding key opinion-formers. As the role of personal selling is so important in B2B, this should never be underestimated.

Buyer readiness: Sponsorship, like advertising and publicity, is best employed at the awareness stage (beginning), and then again at the re-ordering stage. Let content marketing, sales promotion, and personal selling handle the other stages (comprehension, conviction and buying) in the customer journey.

Product life cycle: Opinion has been mixed as to how effective sponsorship is for launching new products. It’s been far more extensively employed when the product or service has reached the maturity stage where primary demand is stable and it is hoped to attract new customers switching from other brands.