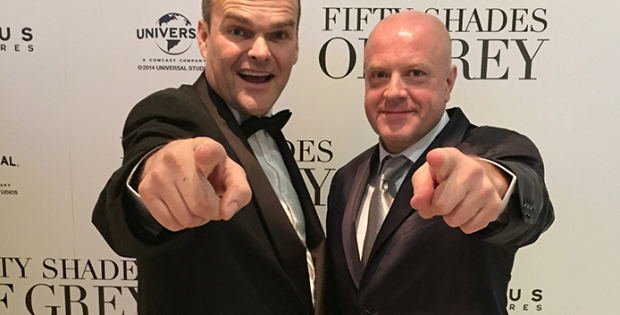 Despite being 11 months from release, the hype for the Fifty Shades Darker movie is building at a rate of knots. Filming has already started for the film, which hits cinemas in time for Valentine’s Day next year, and critics believe it will be a matter of months before the audience is teased by trailers and music tracks.

Every day, the press reveal developments from the new movie, making it a permanent fixture on the public’s radar. International sex toy firm Lovehoney, which owns the global licence to design and manufacture Official Fifty Shades of Grey pleasure products, is encouraging adult retailers and distributors to prepare for a new wave of demand as excitement for the film builds momentum.

Lovehoney’s General Sales Manager, Jim Primrose, said: “Last year, we experienced spikes in sales after each trailer for the first Fifty Shades of Grey movie was released. The demand for official Fifty Shades of Grey pleasure products skyrocketed as the movie, which made $571m worldwide, broke all box office records. We’re expecting the same to happen this year and we have plenty of new products in the pipeline to keep fans satisfied.”

The cast (which includes Jamie Dornan as Christian and Dakota Johnson as Anastasia) will be joined by hollywood stars Kim Basinger as Christian Grey’s former lover Elena Lincoln and Eric Johnson as Anastasia’s boss Jack Hyde. Fifty Shades of Grey director Sam Taylor-Johnson bowed out of Fifty Shades Darker and was replaced by James Foley, known for his work on Netflix hit House of Cards.