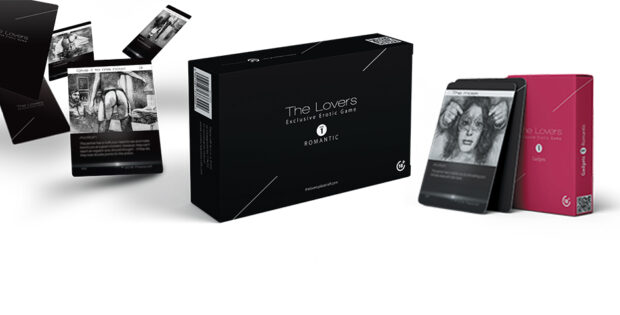 ‘The Lovers’ is a series of games that aims to revitalize relationships between partners. It helps both in activating lost es and in expressing new fantasies. Each release of ‘The Lovers’ is prepared in an aesthetic way, based on original illustrations, and the graphics themselves can be used as an inspiration to arouse erotic imagination. The series has been divided into three levels, which are distinguished by the level of daring tasks. Romantic (level one) is subtle but also has an element of surprise, Hardcore(level two) is set in a world of domination and submission, and Pervert (level three) continues the previous level with even more daring quests. When playing ‘The Lovers’, you have to be committed, because the tasks presented there often require longer preparations. The overall gameplay, unlike other games, is not prepared for just one evening, it can be stretched over many weeks.

The formation of the series has been very turbulent. The startup is not only struggling with the standard problems associated with entering an unknown area of activity and complicazons due to the Covid-19 pandemic but also the subject matter of the game and its boldness resulted in the fact that the printing of the game was rejected by the largest Polish printing houses. However, thanks to persistence and perseverance, the game was published in its original, unchanged form.

More information about the game itself can be found on the manufacturer’s website hps://thelovers.eu.