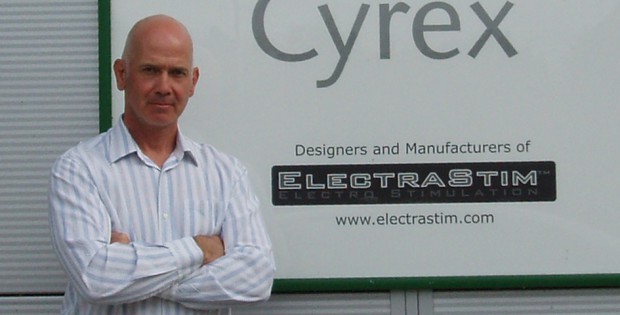 The market for male-oriented sex toys is expanding, and ElectraStim has developed a new concept to foster this development. The idea is to combine more male toys with electro sex. Having only hit the market last month, their Jack Socket is ElectraStim’s latest product that caters to this concept. We wanted to know what the Jack Socket can do and which target audience the brand is aiming for, and fortunately, Andy Smith, the CEO of ElectraStim parent company Cyrex, was willing to answer all of our questions in this EAN interview.

ElectraStim recently launched the Jack Socket. What kind of product is it and how does it fit in the ElectraStim range?
Andy Smith: We can confidently say that there is nothing in our product range like the ElectraStim Jack Socket. It’s completely unique, and not just to us. It’s the only realistic male stroker that utilises electrostimulation on the market.
We’ve been working hard on the design for around 3 years, with this incarnation taking shape around 15 months ago. We wanted to fulfil changing desires in the electro sex market. Anal is popular, but there’s a real hunger for more intense, pleasurable cock play. With the market focusing more and more on male vibrators not designed for insertion, the time felt right to dedicate our development time to creating an electro stroker. 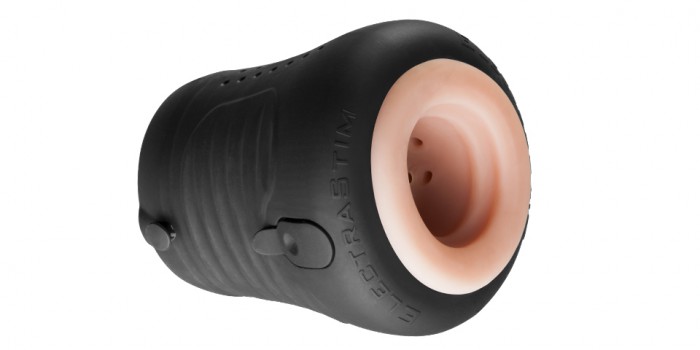 Do you see a trend towards male-oriented toys in recent times? Do you expect the market for these toys to grow further?
The stigma that used to be associated with men who use sex toys is melting away, and that means more and more men are trying sex toys – and liking them. We’ve seen a real surge in men under 35 taking interest, and that’s most likely down to gym culture. Increasing numbers of men own a TENs machine thanks to the boosted interest in weightlifting and body sculpting. One rumour and a credit card purchase later, and they’re seeing what the fuss is about for themselves. One of the prohibitive factors in converting newcomers in the younger market is our price point – we’re an investment in good sex. Those who already own a stimulator are much more inclined to try than someone starting from scratch. The PR we’ve had in Men’s Health and Men’s Fitness magazines over the past couple of years certainly hasn’t hurt our profile either.

Can the Jack Socket be used without any additional products or does the user need an ElectraStim Stimulation Pack?
None of our electro sex toys have electrical components inside, the Stimulator provides all of the sensation. Every ElectraStim electro sex toy needs a stimulator to power and control it – once you have a Stimulator, you pick and choose the toys you use. It’s similar to vibrating sex toys that connect to a battery pack / controller via a connecting plug. Our cheapest stimulator retails at £99 – The ElectraStim Flick EM60-E. It’s a rechargeable stimulator with 7 patterns, 24 intensity levels and a motion-sympathetic ‘Flick’ setting which is perfect for using with Jack Socket. 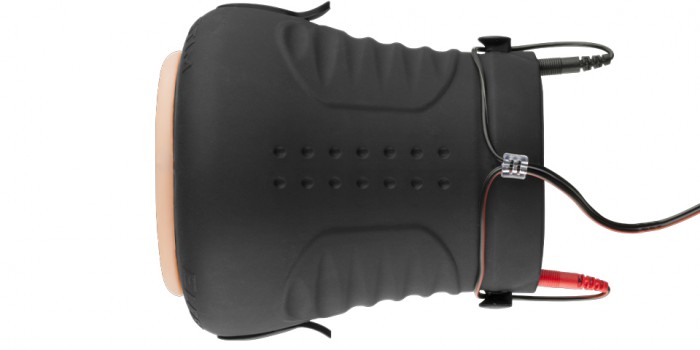 What effect does that electro stimulation have when it is used in a masturbator?
The warm, wet and realistic sensations are similar to those you feel when using a realistic stroker. The key difference is the tingling, throbbing and pulsating sensations felt from deep within the shaft. The e-stim makes the whole penis contract like it does during orgasm – that’s the major appeal of Jack Socket, it’s real-feel turned up to 11.

Can your product also be used as a stand-alone masturbator without electricity?
It can be, but it is 100% designed for use with the ElectraStim stimulator range. It should be seen as a cross-sell, not a stand-alone product.

Do you want to reach out to a new audience with the Jack Socket, or are you aiming for people who want to extend their electro-sex collection?
The unique Jack Socket design is predicted to have wide-spread appeal. It’s a completely new concept, so we’re in unchartered territory. Our predictions are that Jack Socket will quickly become a best-seller, and we’re on standby to help our retailers achieve that potential.

Where can ElectraStim products and the new Jack Socket be bought in Europe? Do you work with distributors?
We are partnered with three key distributors in Europe – Dusedo, Eropartner and Shots Media – all of whom will be stocking the ElectraStim Jack Socket from the end of February 2016. We work closely with all of our distributors as well as providing support to their customers in the form of POS, videos, advice guides and demo kits. We’re also able to provide hands-on training to chain stores who purchase through our distributors.

Are you planning to extend the ElectraStim range with more toys for men in the future?
We have spent a huge amount of time developing Jack Socket and we are confident that it will become a key selling item. Going forward we will be carrying out more market research in order to satisfy the needs of both men and women to further establish the growing popularity of e-stim based sex toys.